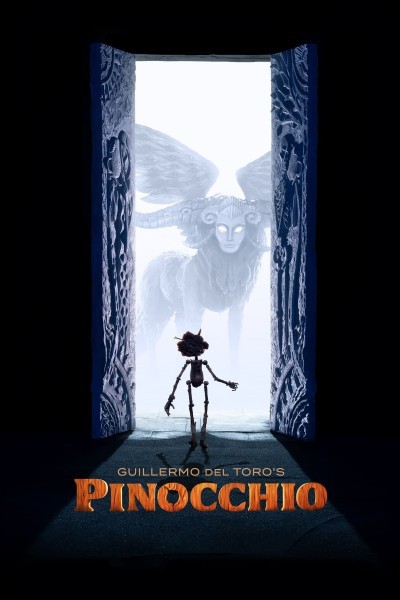 In the newest iteration of the classic tale of Pinocchio, Gepetto the woodcarver creates his wooden boy out of a pine tree. Although there is no specific location mentioned in Guillermo del Toro’s stop-motion version of Pinocchio on Netflix, there are a number of places where pine trees grow in . While Italians are known for their pasta, wines, and leather, they also have a rich history of woodworking both for practical and artistic use.

Pine trees are native to many Mediterranean regions, and Italy is home to three species of pine: the Aleppo pine (Pinus halepensis), maritime pine (Pinus pinaster), and Italian stone pine (Pinus pinea). Overall, pine wood is a softwood known for being cheap due to pines being grown so easily in so many different places worldwide. Pine is easy to stain and paint, although its resin may pose a problem for your tools when turning or carving with it. However, if you’re looking to begin wood carving or woodturning, pine may be a great place to start. 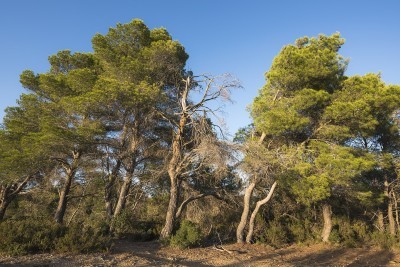 Aleppo pines are found throughout Italy. The resin from the Aleppo pine has been used to flavor a type of wine known as retsina for an estimated 2,000 years.

The antioxidant-rich sap from the maritime pine is also used in some nutritional supplements, like pycnogenol, because of its high flavonoid content. Pycnogenol is also used to help keep allergy symptoms at bay and is one of the most potent natural vasodilators, meaning it opens blood vessels, allowing for increased circulation and can be a useful hedge against blood clots. 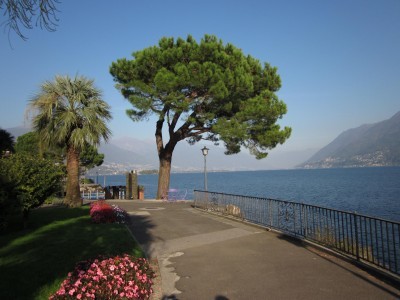 The iconic stone pine, also known as the umbrella pine or Italian pine, is found most often on the coastal areas of Italy. This variety of tree is well-known to salad enthusiasts, as it is one of the species of tree that provides pine nuts that we eat. Stone pine is likely the type of pine tree seen in Guillermo del Toro’s Pinocchio. 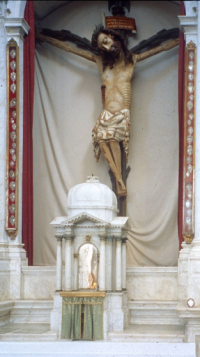 Read more   about the conservation of The Church of San Domenico crucifix.

In the new film, Gepetto lends his woodworking skills to the town church’s damaged crucifix, which he promises to repair. Many different types of wood make up crucifixes in churches all across Italy, and each statue is a piece of art and history unto itself.

, for example, located on the southern tip of the Venetian lagoon, has a crucifix that dates back to likely the fourteenth or fifteenth century.

The boasts the oldest wooden statue in Europe, with its Holy Face of Lucca in the dating back to as early as 770 AD. This crucifix is mentioned by Dante in Inferno, and it is a point of interest along the nearly 2,000 mile Via Francigena pilgrimage route from to . 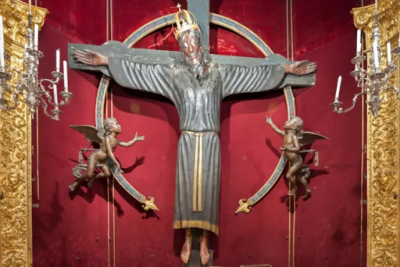 Michelangelo carved a crucifix for the Augustine monks in 1492, and although it was lost for decades, the statue was found in a convent corridor in the 1960s and now resides in the in .

Crucifix carved by Michelangelo for the Augustine monks in 1492

As trees are some of the oldest living organisms on the planet, it is no great surprise that people turn to them to feel connected to the past and to create pieces of art whose beauty will last long into the future. Guillermo del Toro’s Pinocchio emphasizes the connectivity between humanity and nature through Gepetto’s story of loss, love, and life, and it all starts with the seed of a pine tree.

During the rise of fascism in Mussolini's Italy, a wooden boy brought magically to life struggles to live up to his father's expectations. 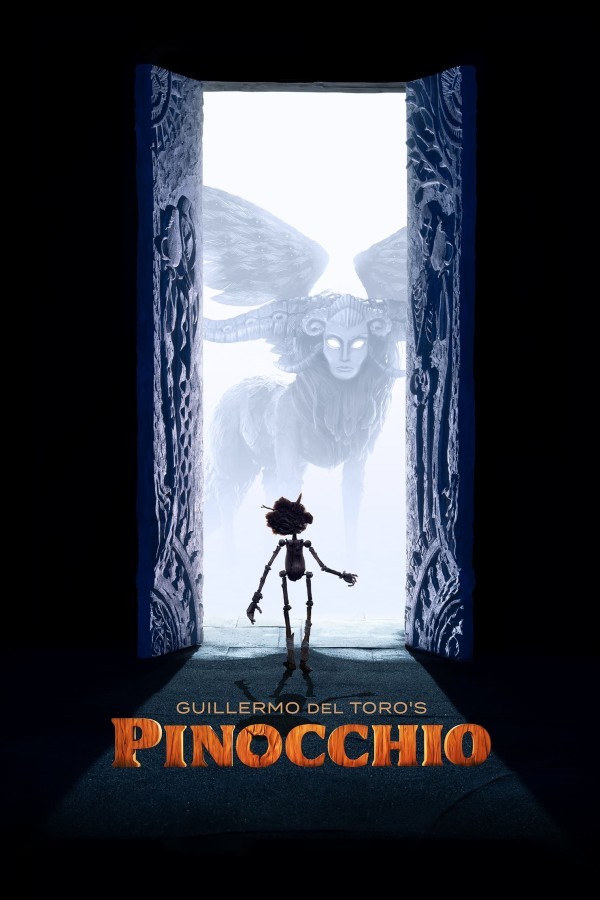