See How They Run (and where) in London's West End

See How They Run is set in 1950s London, and they display a number of recognizable locations that are still in use today. Wondering what to add to your list of places to travel? Click through to see theatres, pubs, and various destination districts around London.

See How They Run opens with an aerial view of London’s West End in 1953.

The West End is considered the heart of London's cultural scene and includes the shopping district around , and streets, as well as , the home of Big Ben, Westminster Abbey, Houses of Parliament and more, and the entertainment districts of and . Much of its buzzing locations are conveniently connected by London Underground. 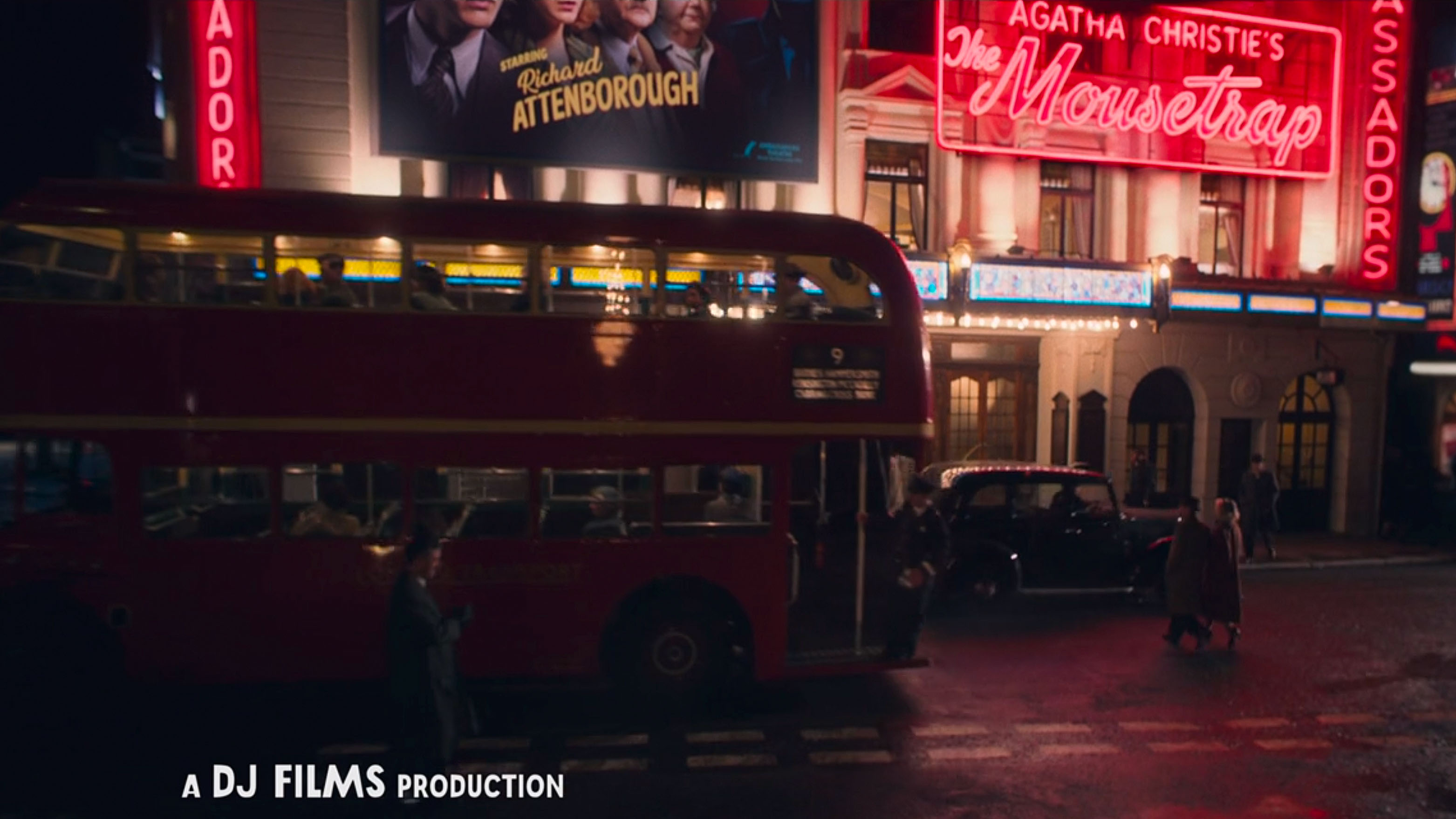 The theater and large fluorescent sign we see are actually the facade of St. Martin's Theatre in Soho, where you can still go to see the famous whodunit in 2022. The Mousetrap began playing there in 1974 and is the longest-running show in the world. 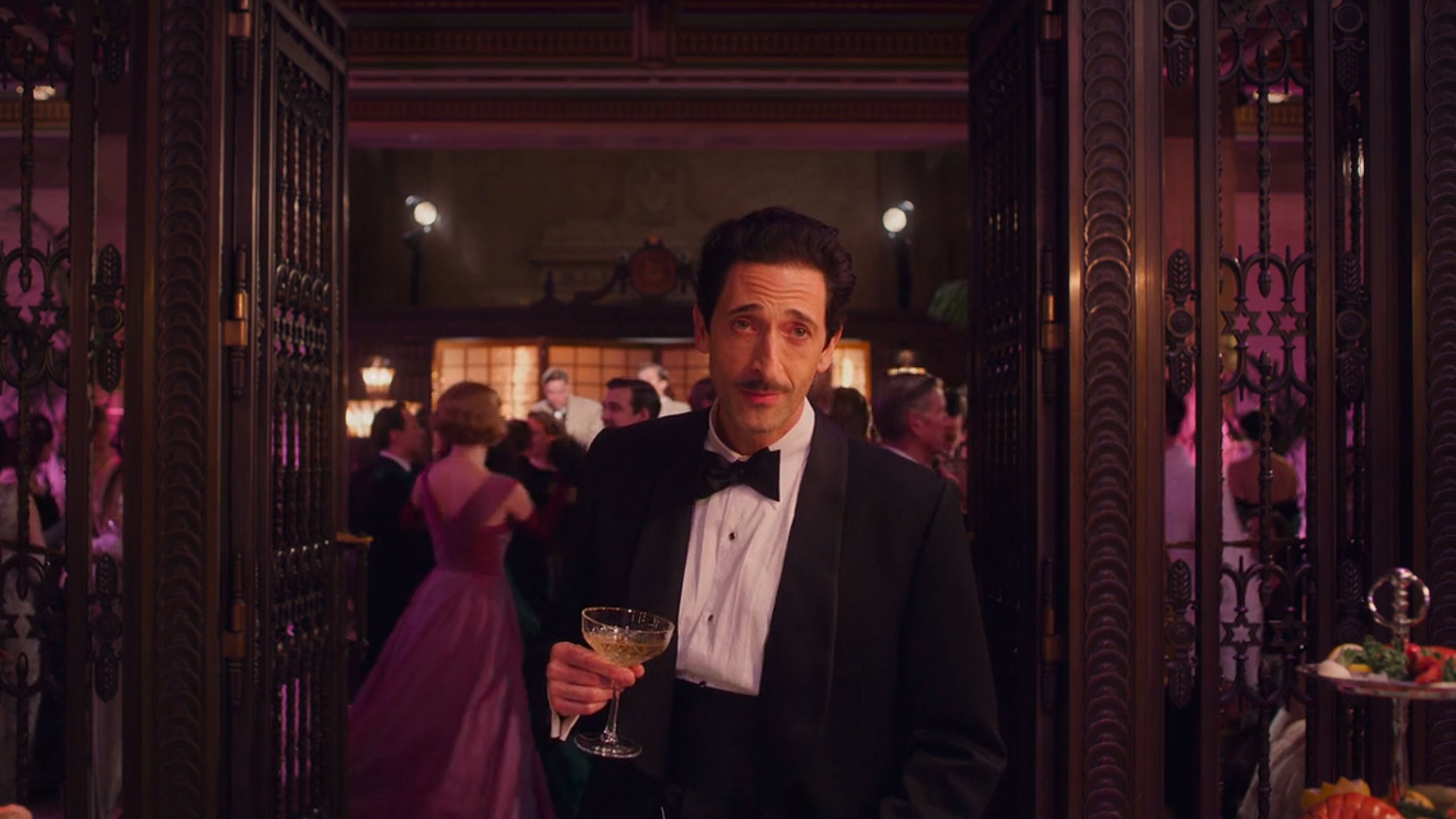 We join our narrator at the show's afterparty at The Ambassadors.

The bar scenes of The Ambassadors were actually filmed at Freemason's Hall on Great Queen Street in Covent Garden, London. If you're wanting to scratch your Illuminati itch on a trip to London, this is an interesting place to look into. 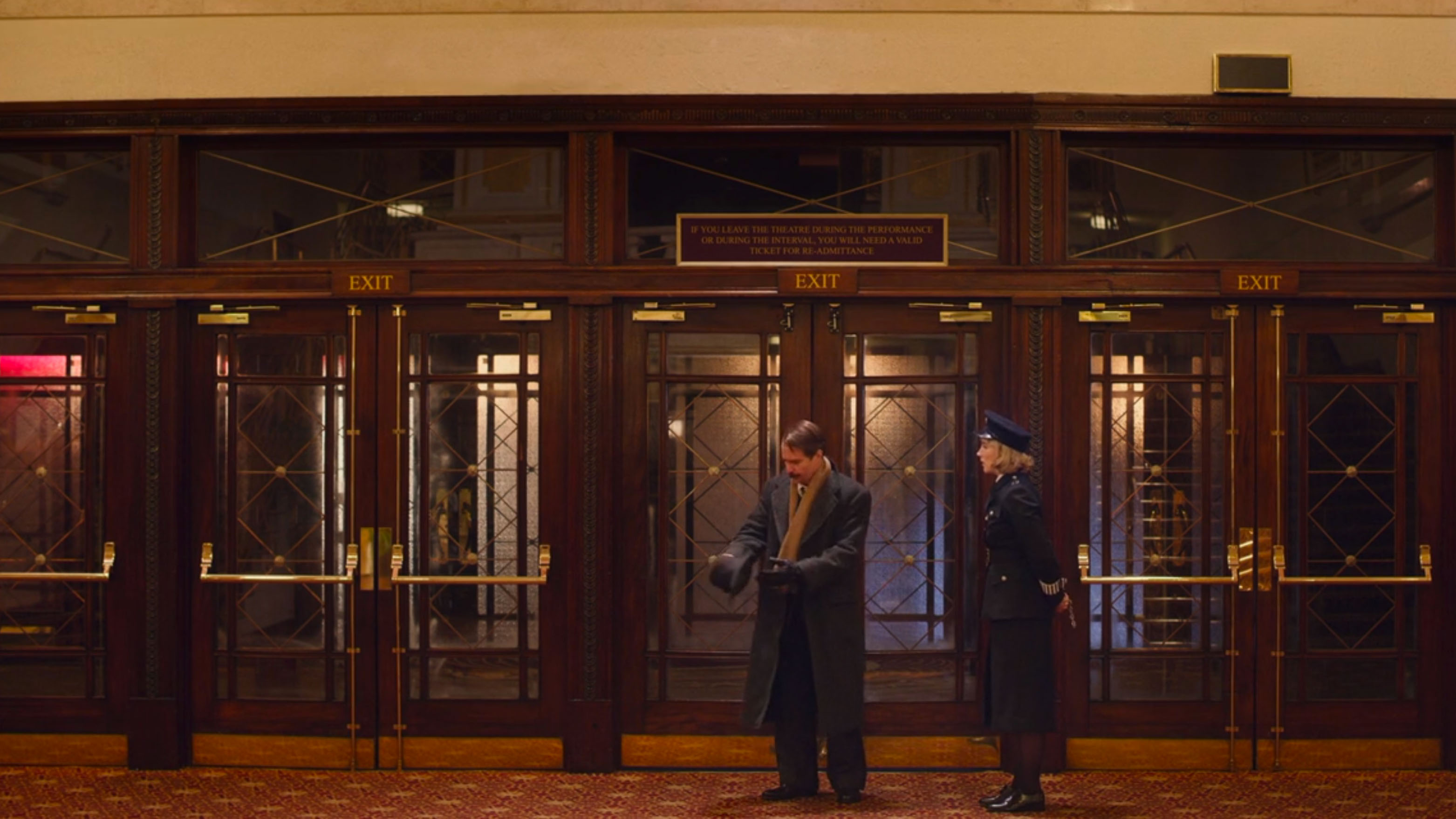 We’re introduced to Inspector Stoppard played by Sam Rockwell and Constable Stalker played by Saoirse Ronan in the lobby of The Ambassadors.

The Ambassadors lobby scenes are filmed at Dominion Theatre on Tottenham Court Road in Bloomsbury. 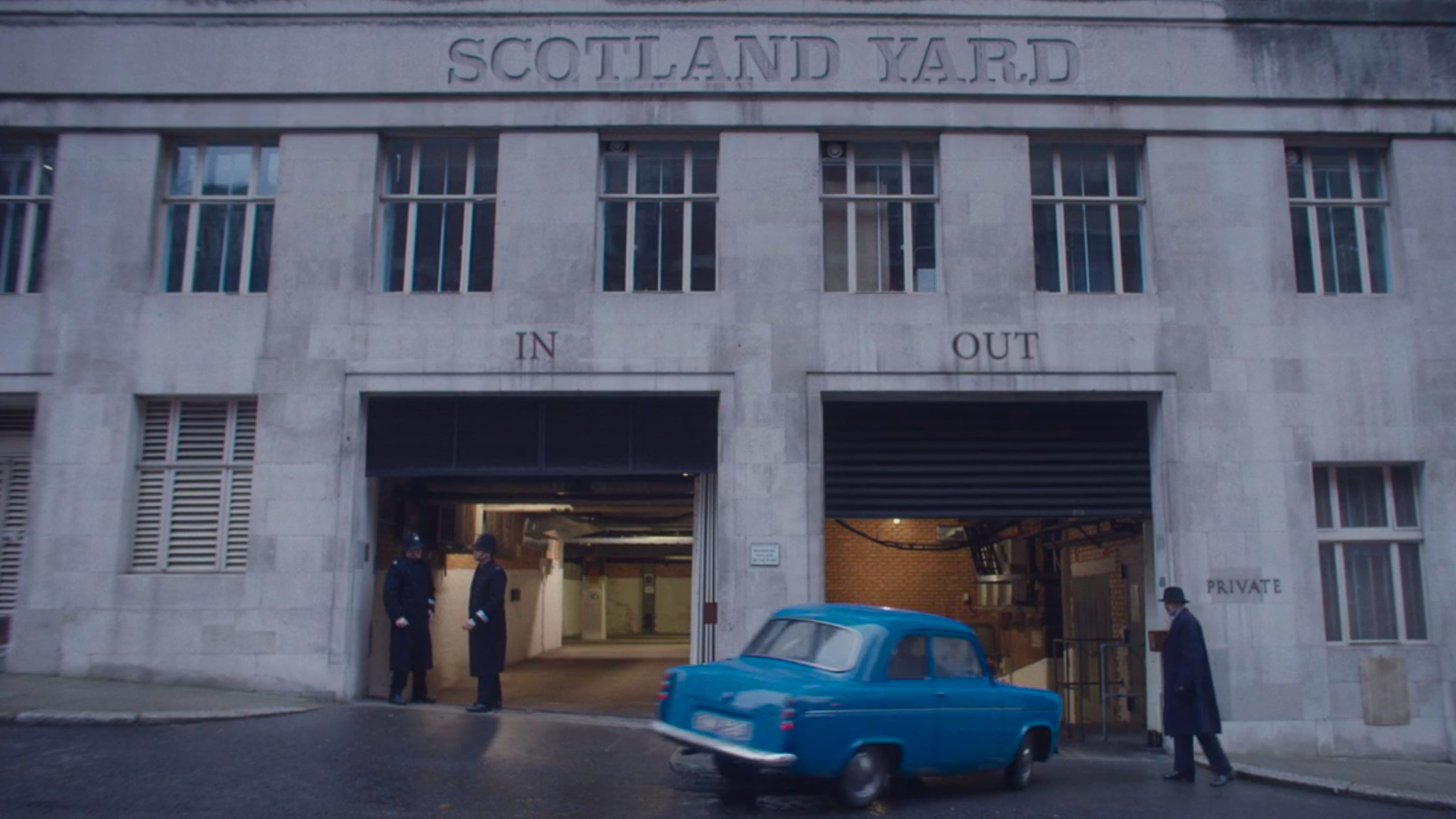 After Inspector Stoppard inspects Leo Kopernick’s body and the crime scene at The Ambassadors stage, we see him driving his shiny blue Ford Anglia into the Scotland Yard parking garage. 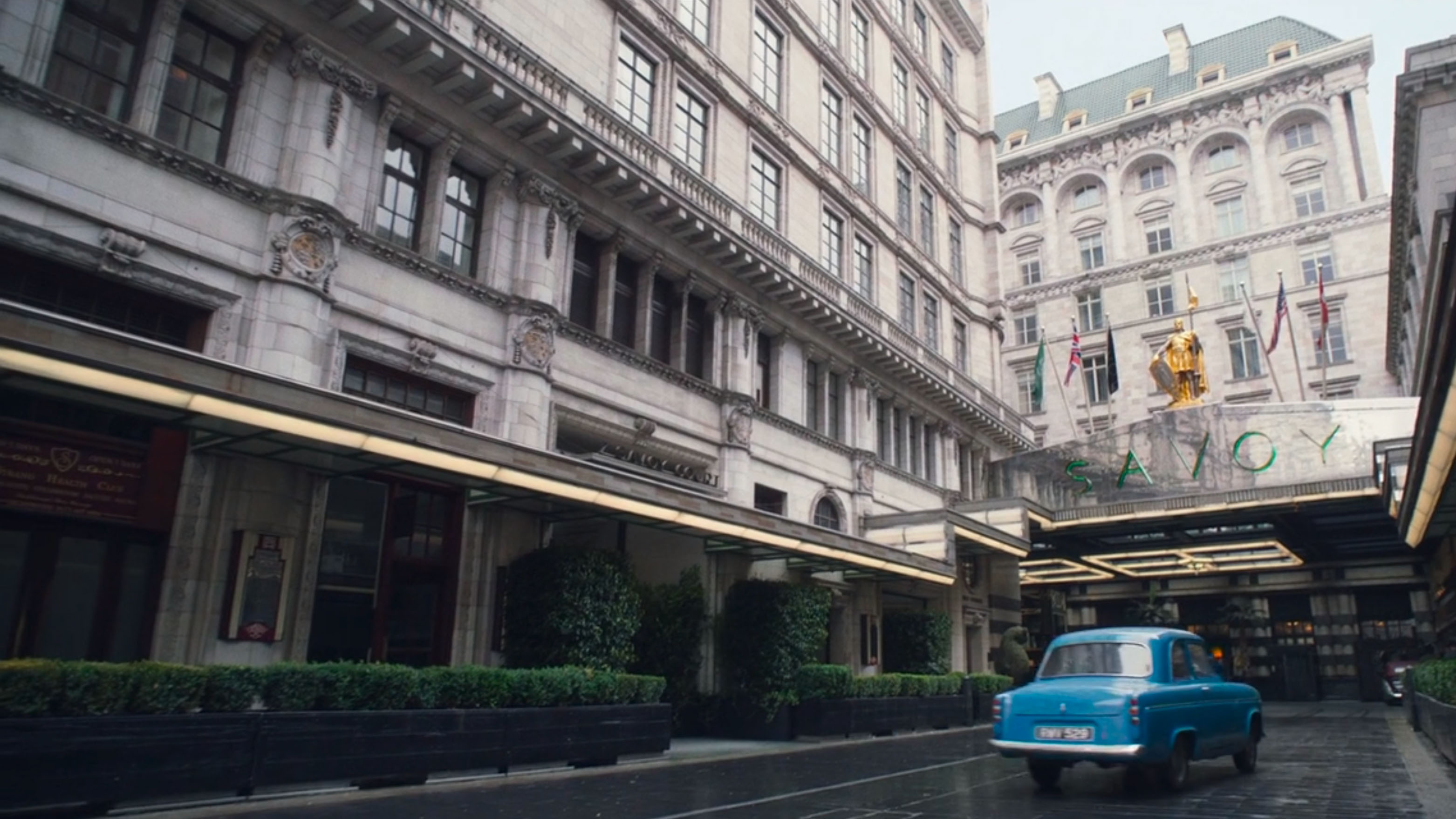 Inspector Stoppard is told by Commissioner Harrold Scott played by Tim Key that Constable Stalker will be accompanying him for training, which Stoppard takes to mean that he’s babysitting. Stalker’s anxious ambition is palpably humorous to the audience, perhaps endearing, and equally as exhausting to Stoppard. They set off to inspect Leo Kopernick’s room at the Savoy Hotel. 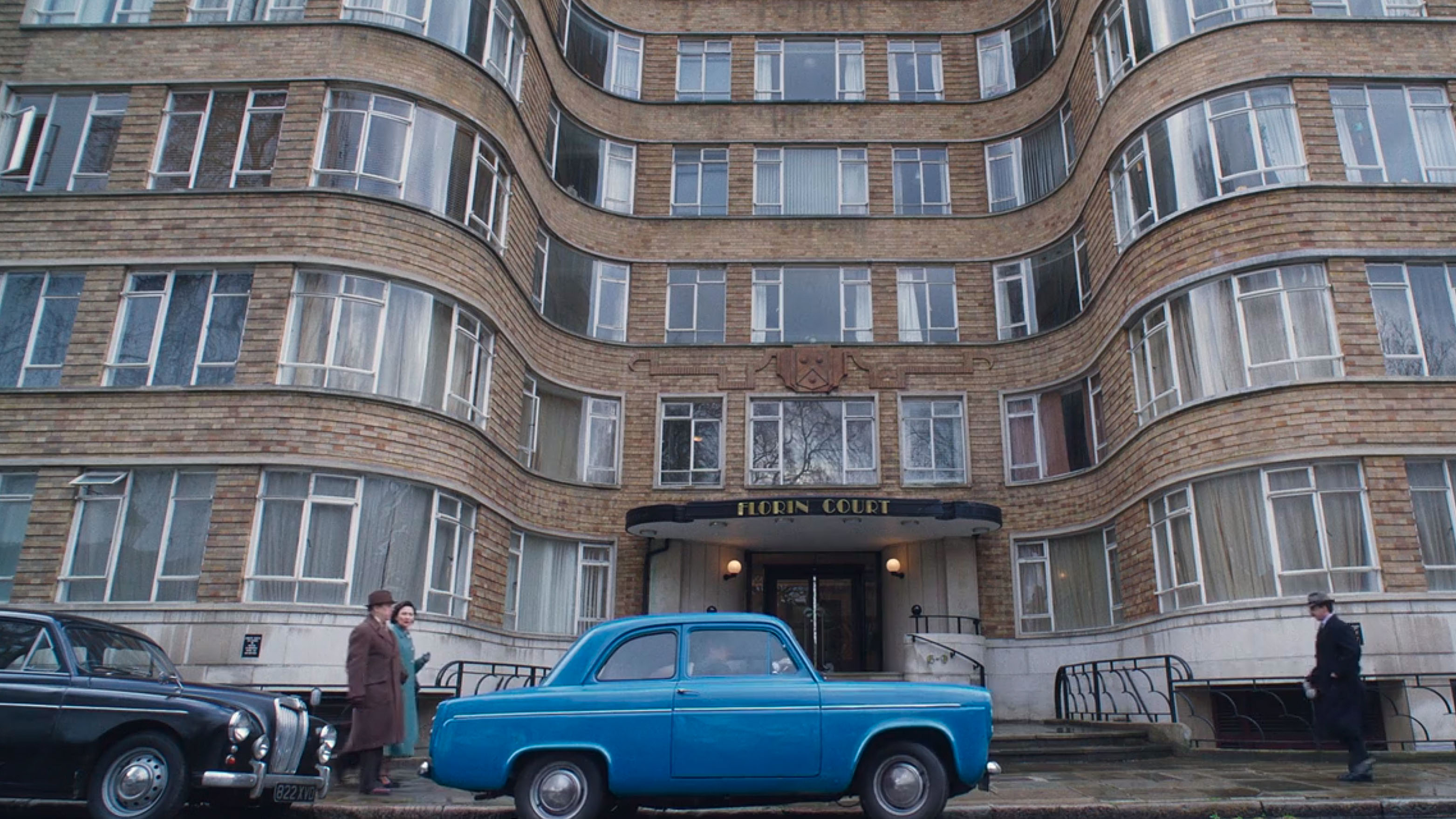 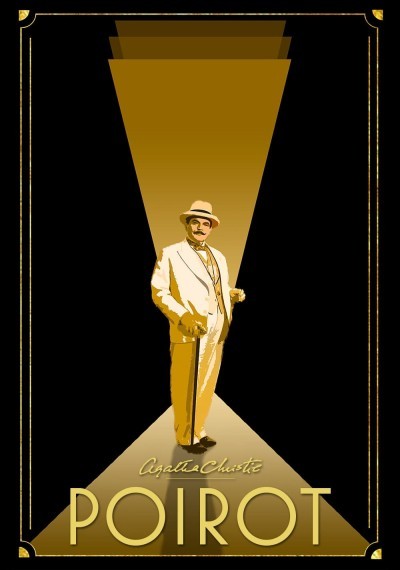 Stoppard and Stalker are leaving for after being served nettle tea in Mervyn's condo, and we see the name of his building: Florin Court. 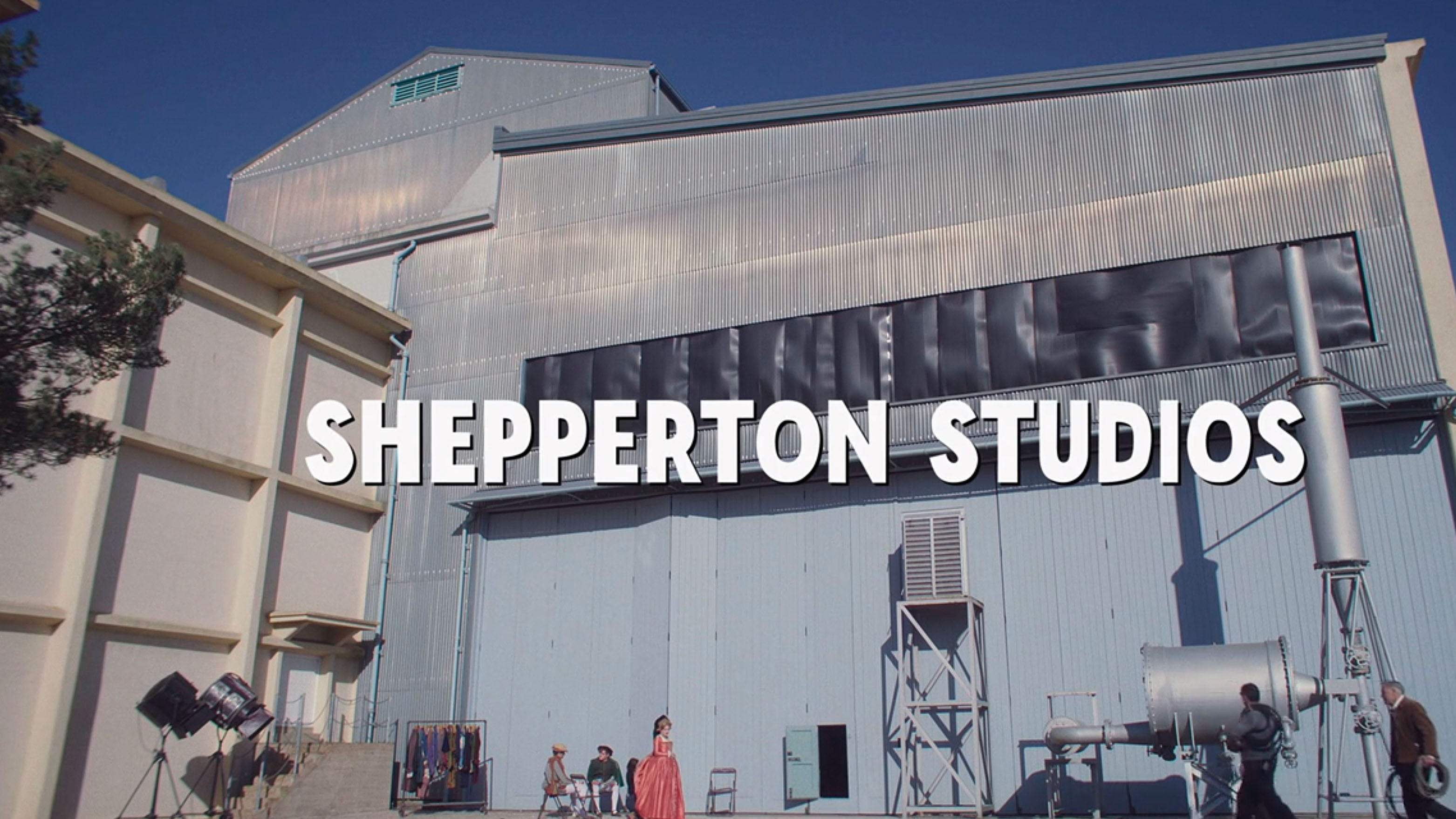 We join the film producer John Woolf and his assistant/mistress at Shepperton Studios.

Shepperton Studios is a real film studio dating back to 1931 and located in Shepperton, Surrey, England. It has been the film location for many films, including the classic Princess Bride and the recent Enola Holmes 2. 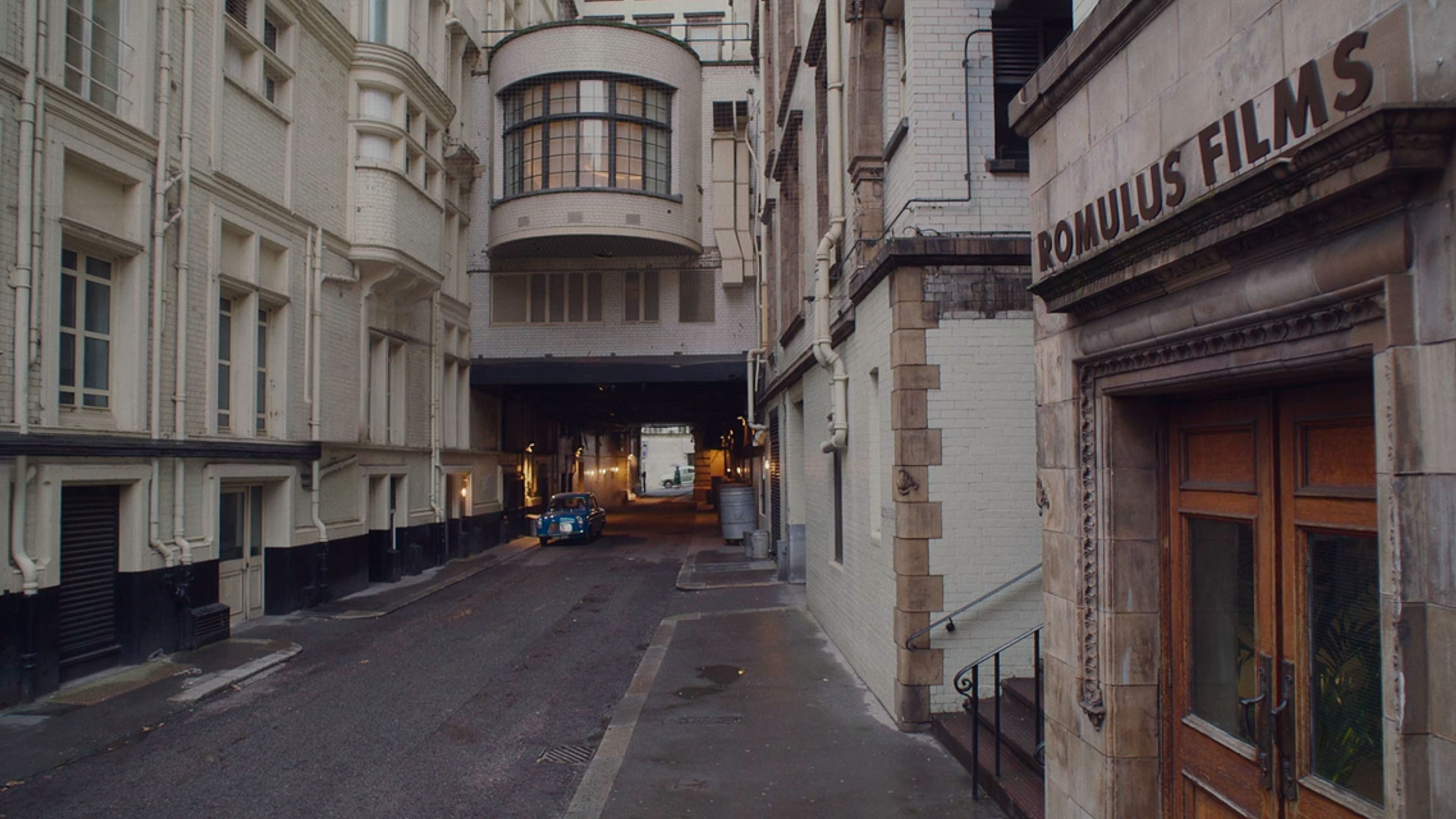 Stoppard and Stalker are staking out Romulus Films to wait for John Woolf.

Sir John Woolf (March 15, 1913 - June 28, 1999) was indeed a British film producer in the mid-1900s. He and his brother, James Woolf, founded the production companies Romulus Films and Remus Films, as well as the Independent Film Distributors (IFD). 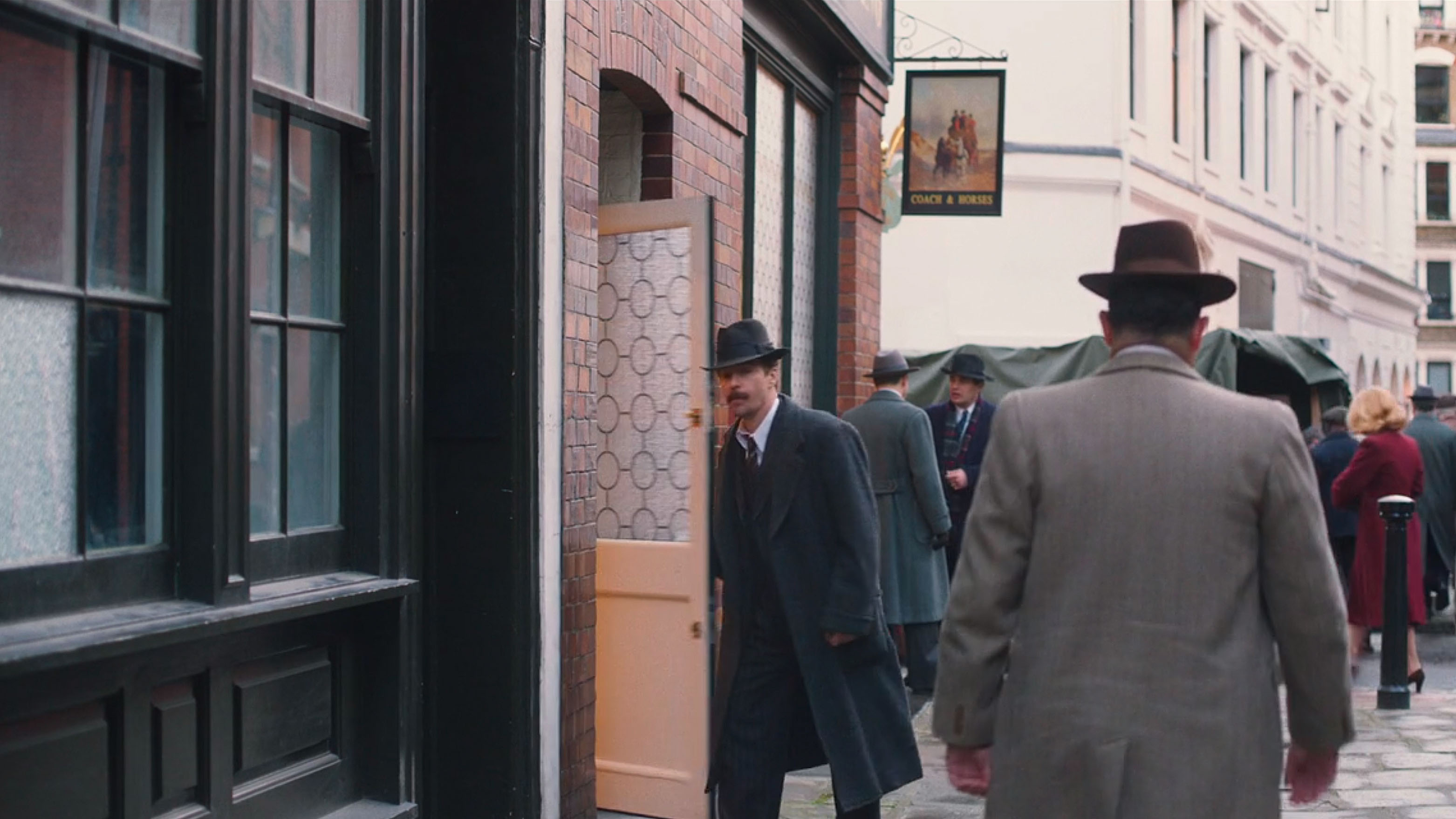 Exhausted by Stalker’s relentlessness, Stoppard tells her that he has a dentist appointment and disappears into a not-so-dentisty pub: Coach & Horses.

This is likely meant to be The Coach & Horses, Soho pub, deemed Soho's most famous pub and established in 1847.

There's an even older Coach & Horses pub in East London, established in the 1770s, which is thought to be one of the first properties to be built on Bruton Street.  Its historic look is distinct among its more modern neighbors. 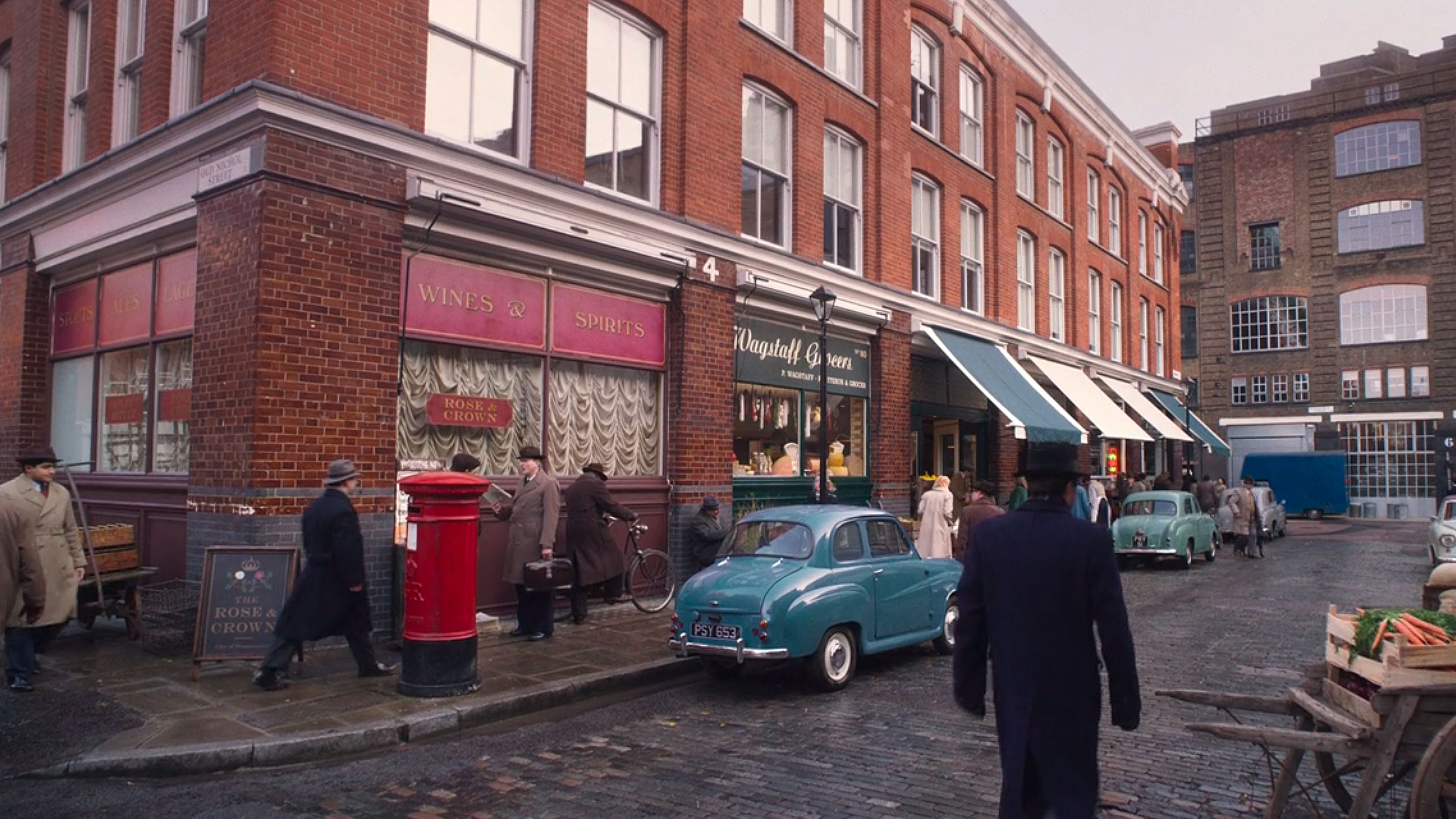 Stalker is told to "keep her eyes peeled" while Stoppard is at his dentist appointment, and in doing so diligently, she spots John Woolf. As Stalker pursues John Woolf, we see the Rose & Crown liquor store. 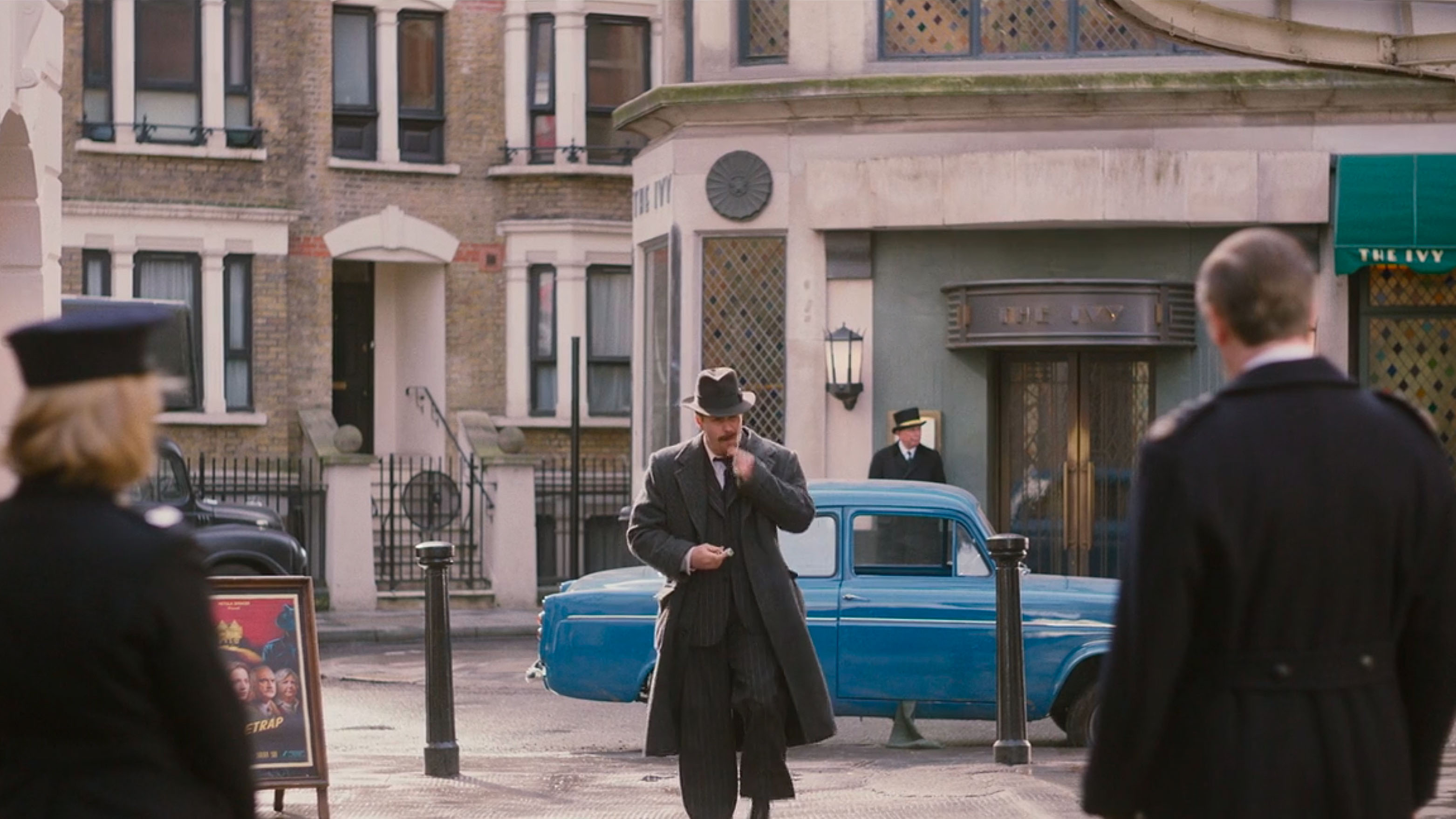 Constable Stalker waits outside The Ambassadors stage door which faces The Ivy. Commissioner Scott is taxied to the curb and steps out of a black car. Inspector Stoppard stumbles out of his car shortly thereafter, popping tabs of gum to hide the alcohol on his breath.

The Commissioner tells them he’s told the Home Secretary that they have good news, and he’s come down here to get it. Frustrated that they have little to offer, he says he’ll report, “We have a promising lead, and I’ll rely on you not to make a liar out of me.”

The Ivy is an upscale restaurant founded in 1917 just off of Charing Cross Road, one of London's central streets. 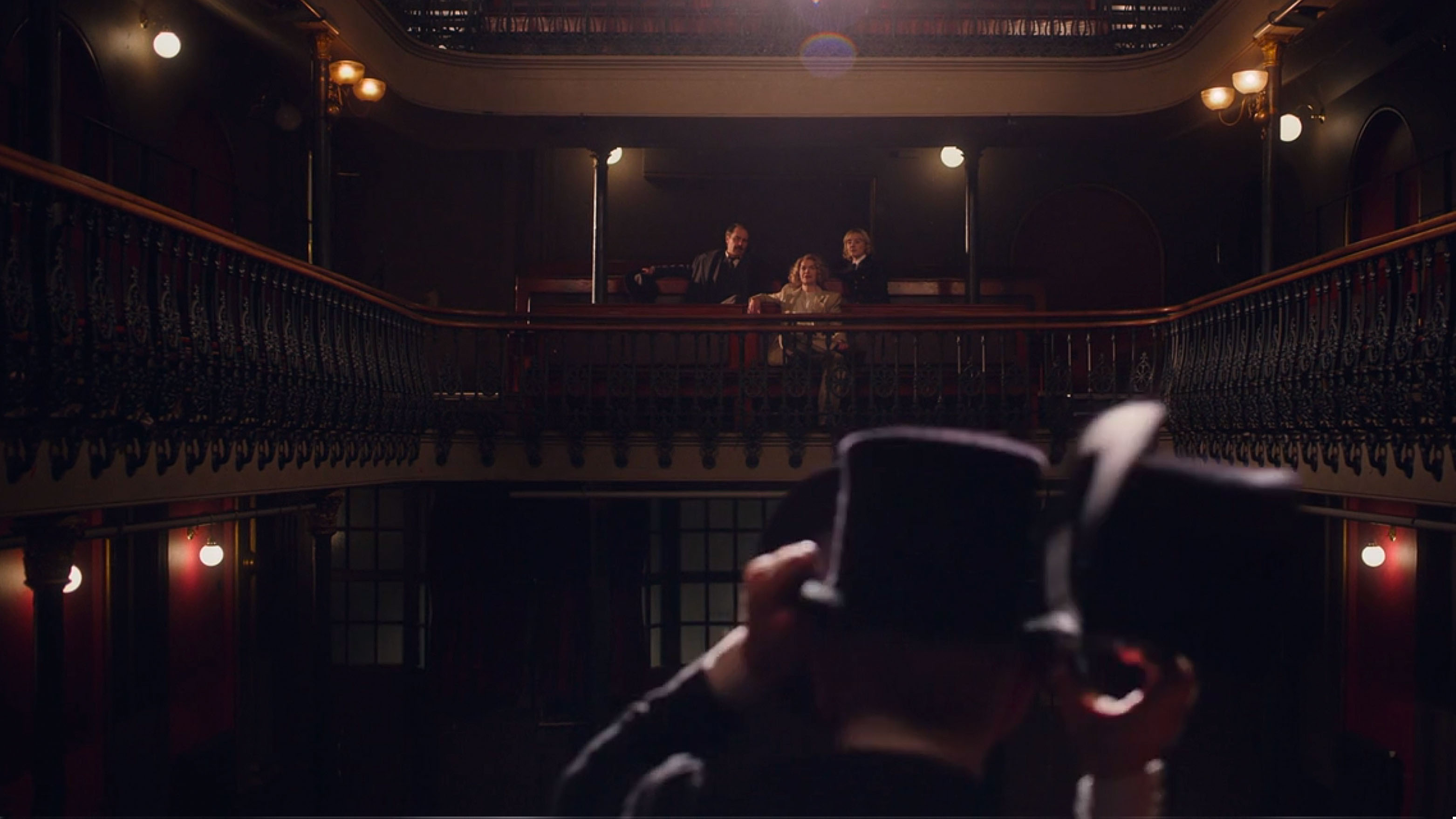 Stoppard and Stalker head to another theater owned by Petula Spencer played by Ruth Wilson. We're told that she sold the Mouse Trap film rights to John Woolf on behalf of Agatha Christie. The exposed brick walls and odd-ball audition cast in the lobby, along with the smaller stage indicate that this is a more rustic theater, and Petula describes it as “humble beginnings.”

This scene was filmed at Old Vic Theatre on Waterloo Road in the South Bank district in London. 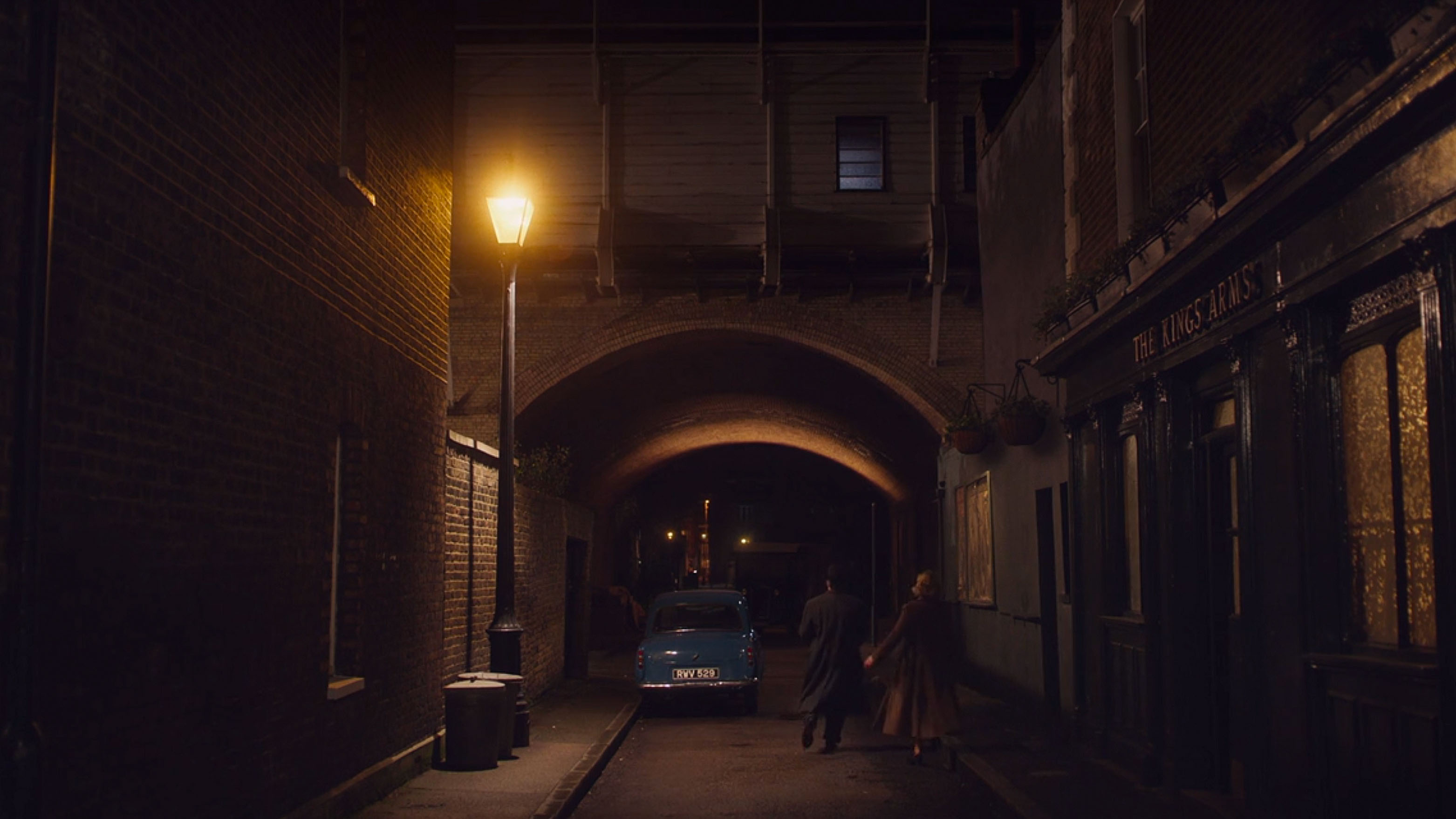 Constable Stalker and Inspector Stoppard share theories and get to know each other better over drinks at the The Kings Arms, a multi-winning “pub of the year” located on the backstreets of Waterloo in South London. 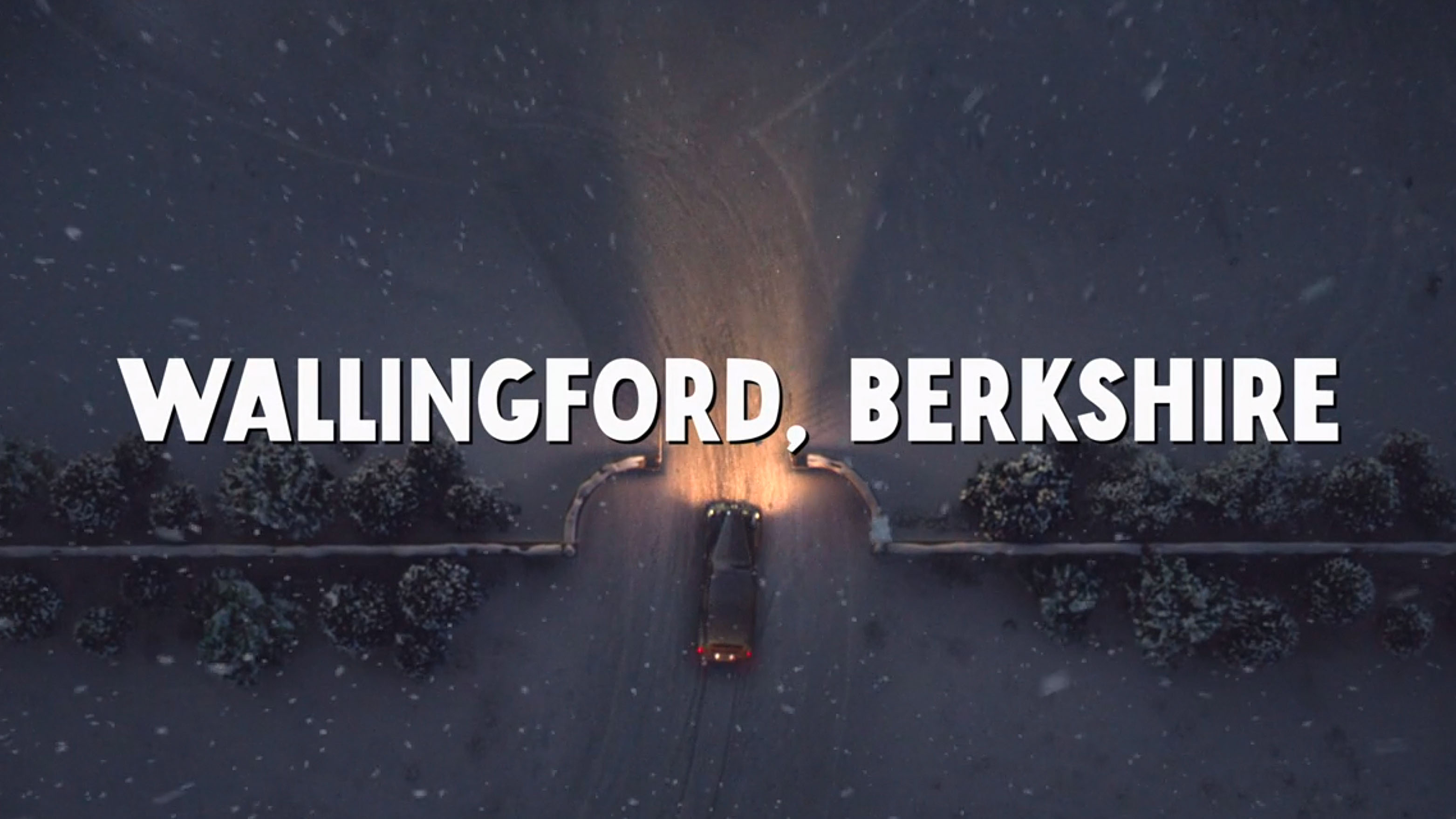 Early in the movie, Leo Kopernick criticizes that these whodunits are all the same, where our group of suspects is somehow lured to one remote location. Now following suit, all of the main characters have been summoned to Agatha Christie’s remote estate in Wallingford, Berkshire. 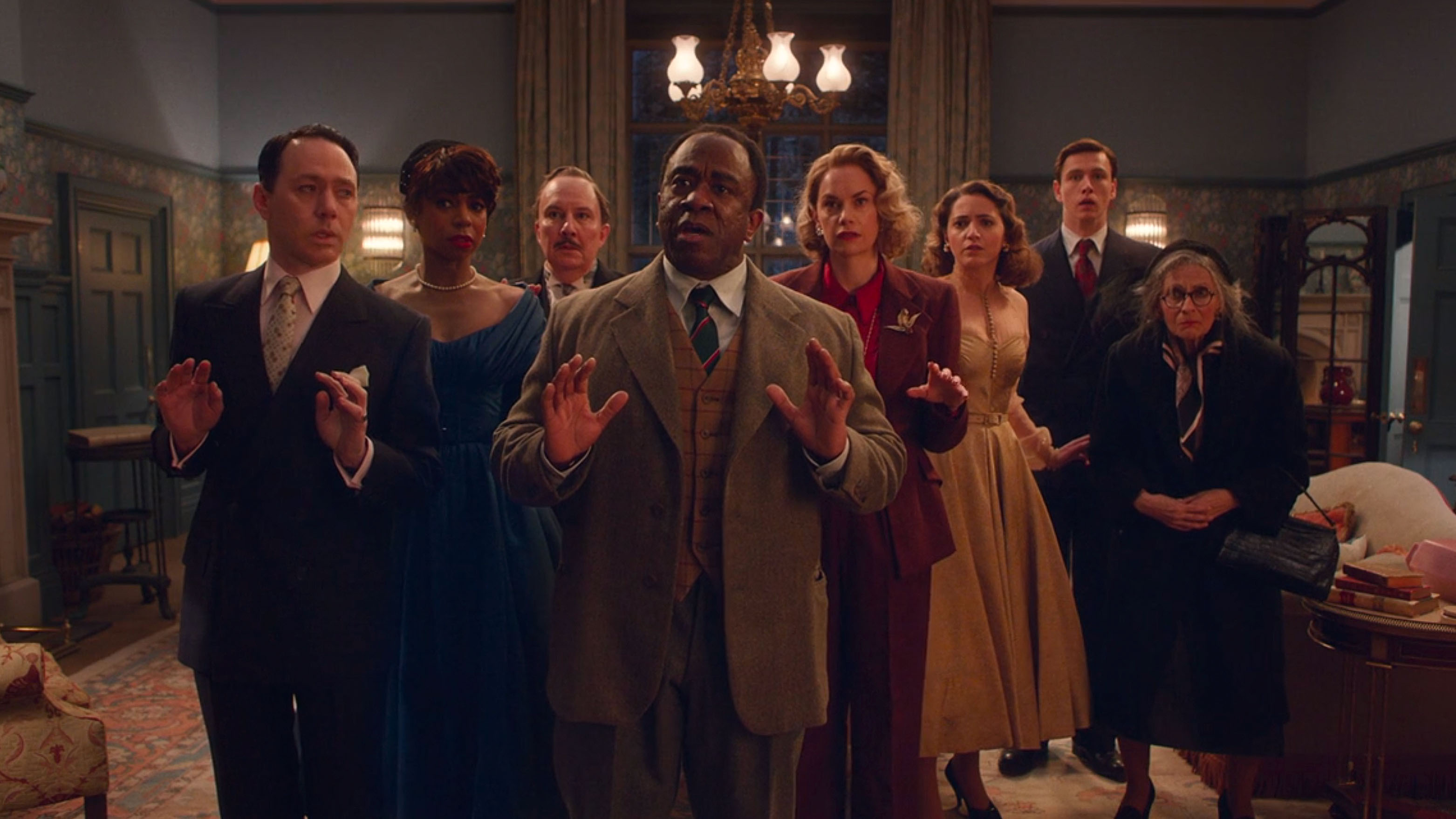 The killer is revealed in Agatha Christie’s living room, and, if you’ve been paying attention, you’ll notice the rest of this exciting scene plays out exactly as Leo Kopernick’s storyboard told.

See How They Run

In the West End of 1950s London, plans for a movie version of a smash-hit play come to an abrupt halt after a pivotal member of the crew is murdered. When world-weary Inspector Stoppard and eager rookie Constable Stalker take on the case, the two find themselves thrown into a puzzling whodunit within the glamorously... 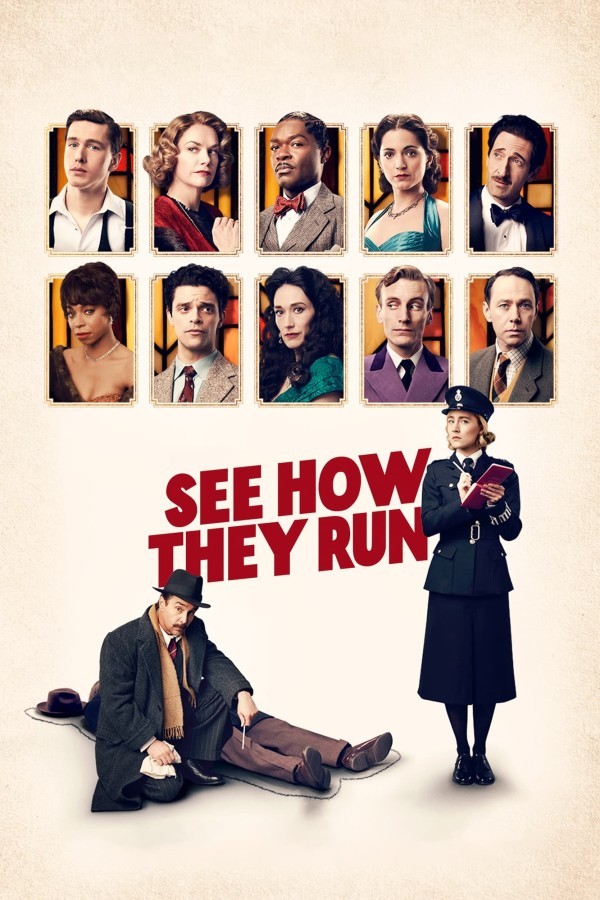