Serving you every dish of The Menu

We will be turning this article into a visual tour as the movie is released to streaming platforms, but in order to be first on the scene of this tastefully murderous comedy, here’s what we captured at our theatrical viewing.

Shortly after being introduced to Tyler and Margot, they set off on a boat toward their highly antipcipated dinner. While enjoying this dish on the boat, it’s quickly evident that Tyler has a passion for cuisine and Margot is just along for the ride.

A tour of the island

Upon their arrival on Hawthorn Island, the maitre d’, Elsa, takes the guests on a tour where they most notably see the “hot box” (ironically named for a meat fridge) where they age their own dairy cow beef for 154 days.

The first hors d'œuvre allows Tyler to flex his culinary knowledge by asking if the texture of the powdered milk snow was created with a Pacojet.

You might be curious to try a Pacojet, but a quick search tells us that the price tag is not for the faint of heart. At just under $11,000 on Amazon, you might be interested to try a more budget-friendly option such as the Ninja CREAM, which advertises itself as a Pacojet alternative. 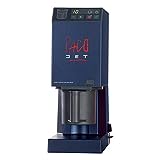 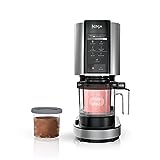 The guests are presented with what appears to be a rock adorned with edible flowers and a single scallop. The rock is revealed to be frozen sea water, so the guests can “taste the ocean,” though one guest describes the dish as “otter food.”

Served with white wine, the first course is meant to represent an entire ecosystem and the importance of its individual parts.

The Hawthorn Island kitchen is apparently known for its bread, but Chef Slowik decides to serve an ironically breadless bread course consisting only of a few colorful creamy-like dollops.

The guests insist that this must be some kind of joke and even demand some bread, to which Elsa ominously responds with a whisper into the ear of one guest, “You will be served less than you desire and more than you deserve.” This is our first glimpse into Chef’s sinister plot.

The tone of the film darkens as Chef Slowik alludes to a troubled childhood in which he stabs his father in the thigh with a pair of scissors to keep him from mercilessly beating his alcoholic mother. To memorialize this momentous childhood event, he serves the guests his family’s Tuesday dinner staple: tacos.

The guests are served tortillas with laser engraved personalized pictures of their own transgressions. Met with disbelief, denial and anger, the guests and audience sense that this will be no ordinary dinner.

This is Sous Chef Jeremy’s dish. Chef Slowik tells how Jeremy was an exemplary student of Culinary Institute at , sending him a series of letters asking to work under Chef’s tutelage.

The evening turns sharply from feelings of melodramatic foreshadowing to ones of fear and violence as Jeremy commits suicide in front of the guests. As the guests react in a frenzy, the Chef assures them it’s only “part of The Menu.”

The guests, still in disbelief and unsure if what they’ve witnessed was real or not, are told by Chef Slowik that this is the ultimate menu.

We begin to sense something is amiss regarding Tyler’s seemingly endearing culinary enthusiasm as he points out the bergamot in the tea, seemingly unaffected by the tragedy that has just ocurred.

Bergamot is from the orange family and is the distinct aroma most of us associate with an Earl Grey tea. A lovely combination that's striking to look at, you can buy whole dried red clovers and add them to a quality Earl Grey. You may opt for simple wild bergamot for a caffeine-free option that's closer to what's served in The Menu. 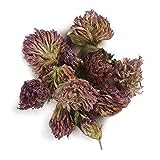 Chef Slowik gives the men a chance to escape with a 45 second head start. By now the guests have been told that they will all be dying tonight, so they all disperse in a frantically, except Tyler, who tries to creep back to see what dish will be served to the awaiting women in the dining room.

Although none of the men successfully escape the island, the last to be found, Ted, is rewarded with the Passard Egg.

The pretentiousness of Tyler’s culinary expertise is put on humiliating display as Chef Slowik asks him for a culinary demonstration.

Margot, having discovered that Chef Slowik began his career flipping burgers and is playing by a certain set of rules, strategically complains that she is still hungry and completely unsatisfied by this evening’s menu. She says she’s craving a cheeseburger, but not, “some deconstructed avant garde bullshit. A real cheesebuger.”

Chef is disappointed by her dissatisfaction with the menu and, amused by her request, declares that he will make her the best cheeseburger she’s ever had, telling her it will be, “the kind that you’d have as a child and your parents could barely afford.”

Chef Slowik explains how the s’more is, “everything wrong with food and still somehow represents innocence.” With the guests wearing edible garments including marshmallows woven into a jacket-like covering and chocolate hats, Chef stands in the middle of the dining room on a pile of graham cracker crumbs and set himself - and the entire room and all its remaining occupants - on fire.

A couple travels to a coastal island to eat at an exclusive restaurant where the chef has prepared a lavish menu, with some shocking surprises. 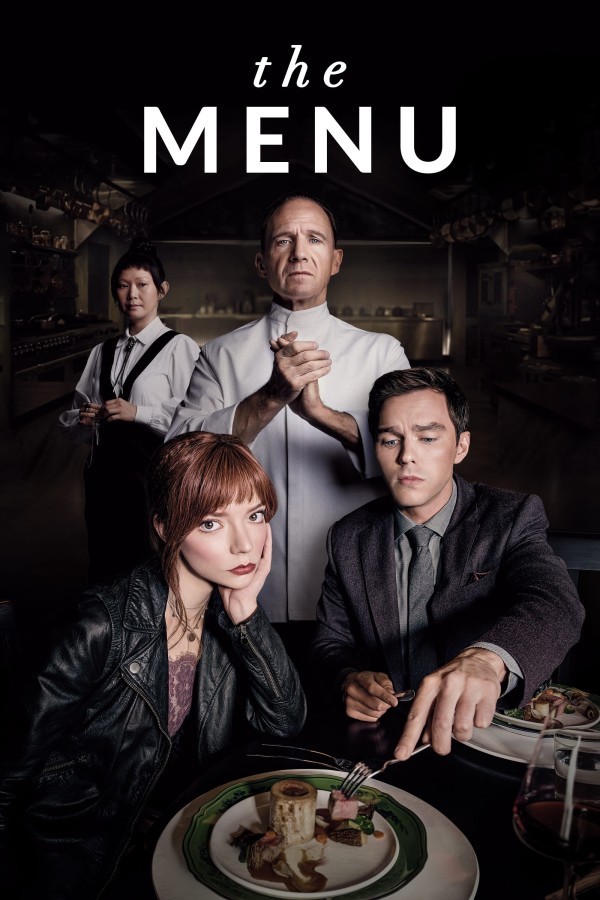